Can we have an honest moment, wherein I end by telling you to stop telling me to put down my phone?

First, people across generations have always done something like this. I’m sure cavemen probably sat and played with rocks rather than having to talk to Carl from the cave down the river. Or, more recently, just people on a train with newspapers: 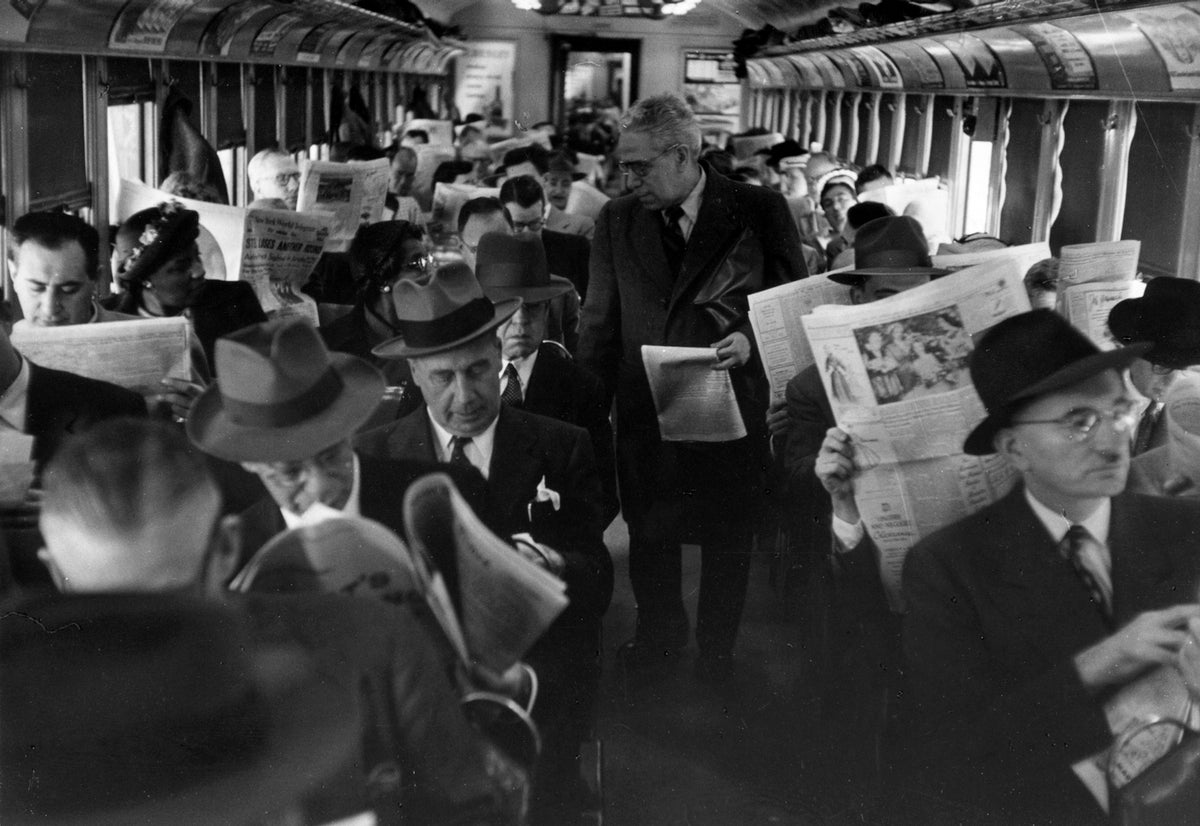 Here are some ways I use my phone every single day:

All of these make me an arguably better person than I would be without it.

When people complain about a dad and his daughter not talking to each other, but instead looking at their phones, you don’t know what they’re doing. Maybe they just took a fun photo and they’re sending it to grandma, who can’t get out much. Or maybe mom is at home sick and they’re on their way to get medicine. You literally do not know.

Complainers of Big Phone assume everyone is doing something dumb, of little value, like playing a silly game or looking at photos of Justin Bieber  or just texting someone. Like, you know, another human being. Maybe that teenage girl is texting a friend who’s suffering from depression. But we’ve always done this stuff. Still, you don’t know.

By this rationale, we should have never put telephones across the country, printed books to share information, or ever invented checkers or playing cards. Because why play a game or read a book when you can talk to someone? Why sit alone with a cup of coffee at the coffee shop when you can just randomly strike up a conversation with another person?

Why? Because that’s weird. And kinda lame. Most people aren’t all that interesting. Perhaps some people use their phones as a way to escape, like how people watch superhero movies, just to escape for an hour or two.

Stop telling me to put down my phone. You don’t know what I’m doing, what I’m thinking about, what problems me or that device are connected to, or why or how I’m using it.